As expected by some, this second unlock was going to be a strong indicator for the next few weeks. While we saw a strong downmove at the last unlock, this time we’ve seen front-running ahead of the $0.07 unlock.

Back when I made my first million in primary school trading marbles with the other kids, I learned an important lesson: Markets march to their own tune and they’re not predictable in the ways people typically think they are. In order to second-guess the market, you have to put yourself in the shoes of every other trader. And remember, those traders are trying to second-guess everyone else, too. So the winners have to third-, fourth-, fifth-guess everyone else. Welcome to the idea of a Keynesian Beauty Contest. (It’s a lot easier when they’re kids, of course, though little Johnny Templeton-Smyth never did forgive me for convincing him to swap his collection of antique German Sulphides for those nice, shiny steelies that only seemed to be so in-demand because everybody had just bought them already.)

In short, it looks like the weight of money in the Radix market thought the price would go down with the unlock, so they sold. Once the unlock happened, the sellers were already done – and the balance shifted decisively towards buyers.

Honestly, we love animals. Dogs, cats, all of them. But one of the most fascinating species out there is the whale. Following its moves can be very beneficial to understanding the future.

We have seen some significant players step in in the last 48 hours pushing price up 75% from the double bottom lows. Clearly there is strong interest to be positioned early, and players who have been watching from the sidelines have been eager to step in. 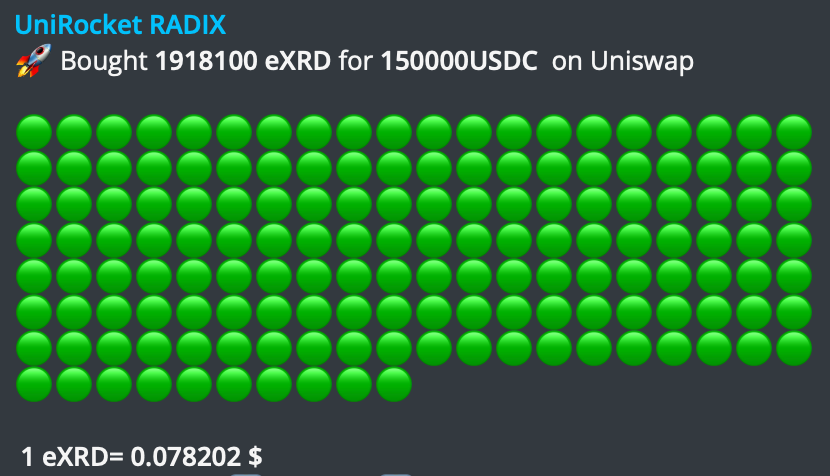 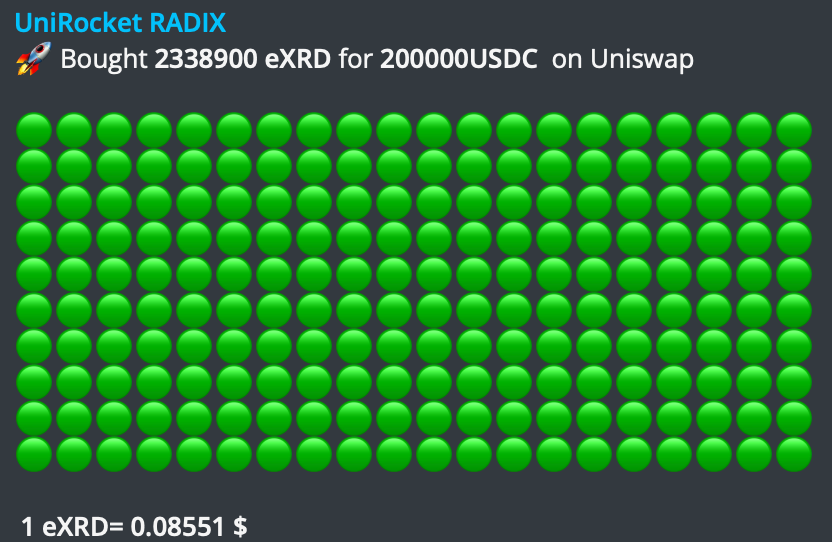 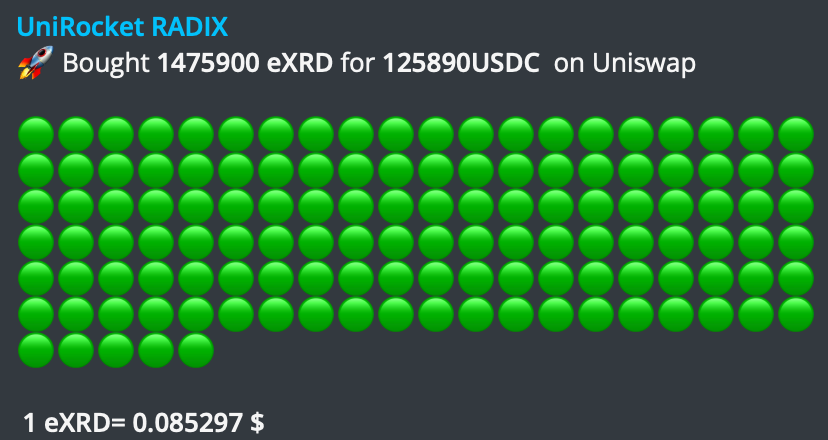 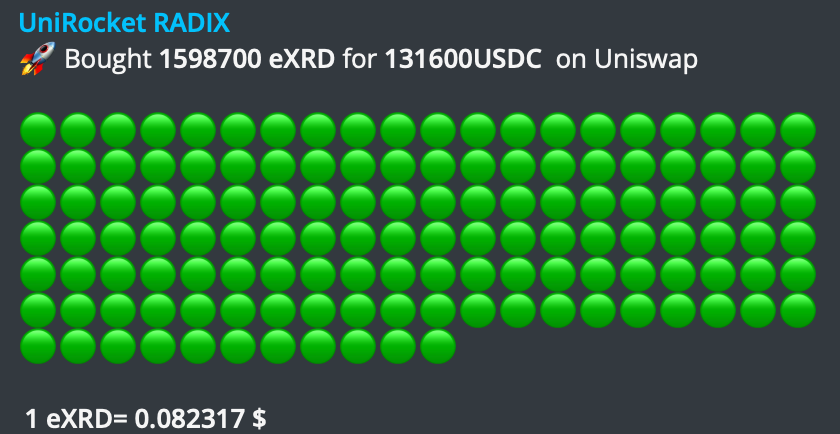 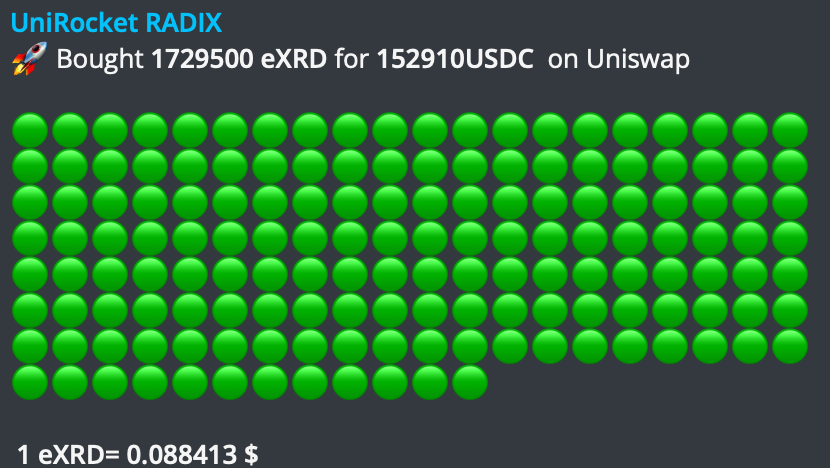 We have also seen many traders who expected new lows to rebuy higher than their sales. Such is trading. 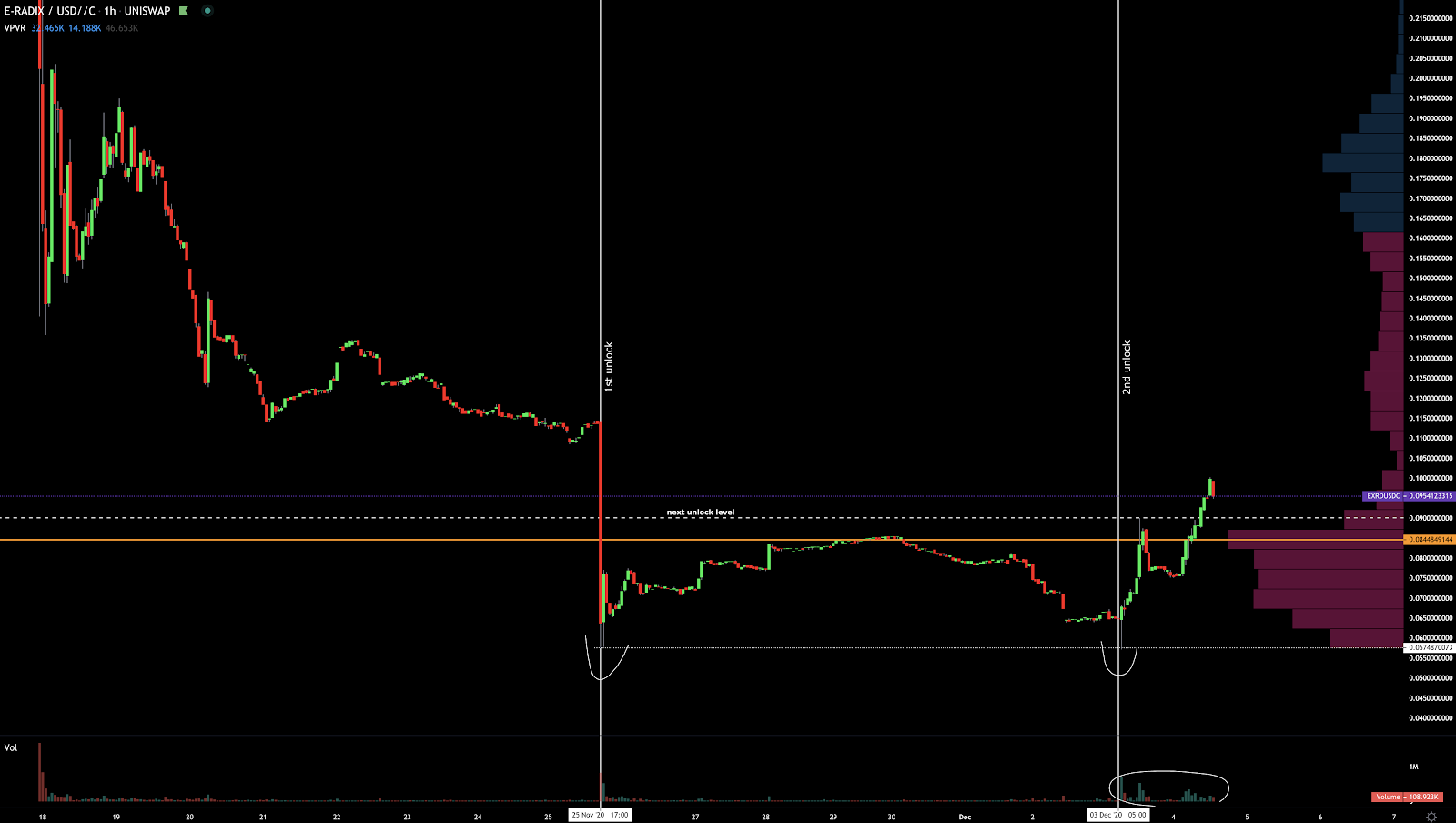 Price dipped before this unlock, then recovered sharply to the upside with 2 green legs of roughly the same length.

We predicted that we wouldn’t see new lows this time around, given that circulating supply merely doubled (5% → 10%), while it increased 5x last time (1% → 5%). We’re expecting future unlocks to be less and less important for this reason. After all, Radix still has a very low market cap for a project of this magnitude.

We’ve been aware that many large and small players have been watching Radix from the sidelines, waiting for the right moment to step in. For some, this second unlock was clearly it.

Technically, the chart is showing a classic double bottom with a strong reversal on high volume. The double bottom is now confirmed with the price moving above the $0.085 level, the high that led to the double bottom. Moving above $0.085 also marks a change in market structure: for the first time since the listing we have made a higher high. $0.085 is a key level as it’s also the POC (point of control) which means it is the price at which the highest volume was traded (orange line). What RadBulls want to see now is this $0.085 level to hold going forward.

As a loyal follower of this blog you are getting this info hot off the press: We’re going to announce a Radix Trading Competition on Uniswap in the coming days: The Top 50 traders will win prizes, with the #1 spot bagging a massive prize. Stay tuned. The Radix Trading Contest will include a referral program as well as a nice dashboard to track your live positioning in the leaderboard. Get your USDC and eXRD ready!

Don’t forget, you can find Live Stats for Radix, including price and supply unlocks, at https://getradix.com/live-stats

Check out our latest blog posts and updates

A total of $50,000 in rewards and prize money is up for grabs, with Round #1 starting on 15 January in the first ever Uniswap Trading Contest.

Get ready to click for eXRD as Radix partners with Unifyre wallet!

Sign up for all the latest news, events and announcements!